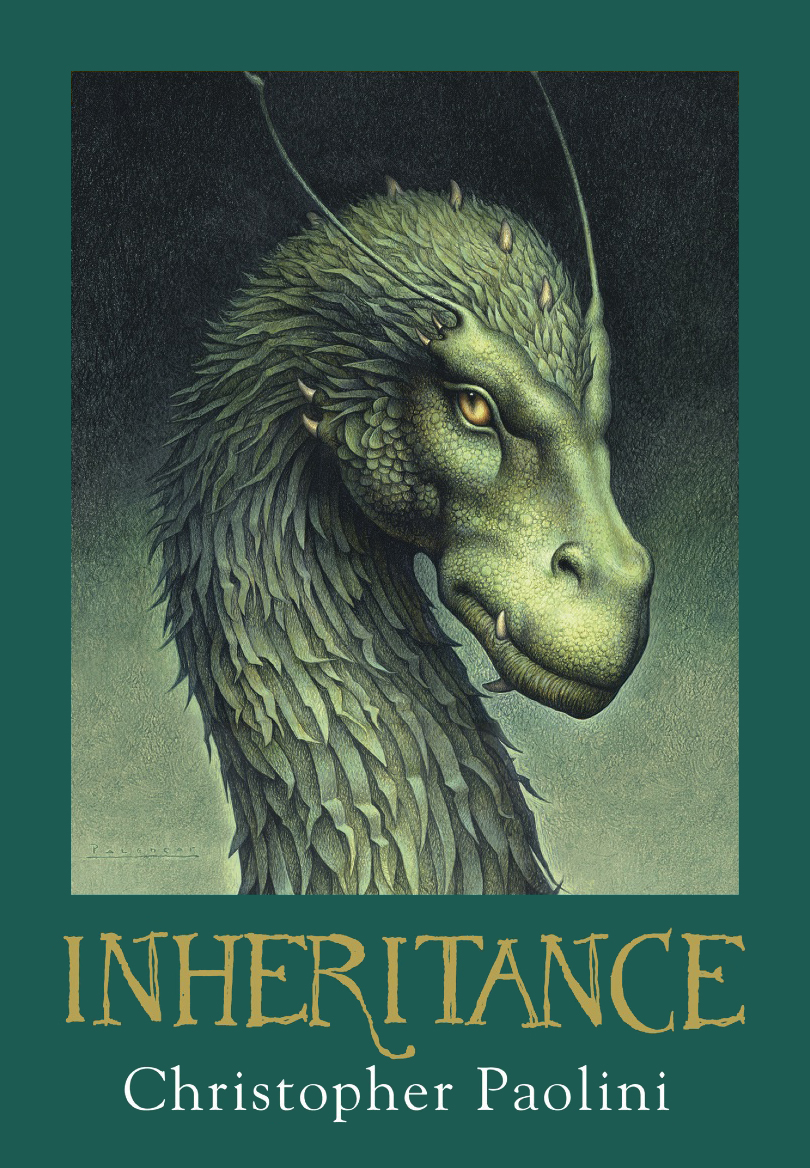 Christopher Paolini’s Inheritance Cycle — the New York Times bestselling fantasy Series — is back.  Inheritance, the fourth instalment in the series, has released on November 8th 2011.  Featuring spectacular cover art by John Jude Palencar, this book concludes the Inheritance Cycle and the saga of Eragon the shadeslayer.

Due to the huge success of the first three books — Eragon, Eldest, and Brisingr — expectations are pretty high on Inheritance. Fans of the series are dying to lay their hands on this one. On November 7th, Shurtugal.com — the biggest fan site of Paolini — crashed because the server was overloaded with a large number of users and many more were trying to access it. Can you feel the heat?

If you are a newbie, then forget about starting with the fourth book. You’ll feel hopelessly lost and probably leave the book midway. Yeah, you are a little late, but Eragon is the book you need to finish first.

Here’s an overview of what you will get in Inheritance books:

Eragon, a farm boy, accidentally stumbles upon a stone like thing, which turns out to be a dragon hatchling. Soon enough Eragon discovers that his destiny has become intertwined with the fate of the empire. He gets involved in a struggle to overthrow the evil king Galbatorix. Awesome battles, scary creatures like Razac and Shades, intricate politics, intense and tragic moments build up a road that lead us to the fourth book, which holds the answer to all your questions.

Who will the green egg hatch for? Will Arya be the new rider? Can Galbatorix be killed? What’s the fate of Eragon-Arya epic romance? Will Roran die? What happens to Murtag and Thorn?

The Inheritance Cycle was initially planned to be a trilogy, but the third book became stuffed with too much info. If released as such, it would have been more than what the readers could chew. Considering the size of Inheritance books, splitting up the third instalment doesn’t look like a bad idea.

Though the series ends with the fourth book, Paolini has hinted that we might expect a few stand-alone books on Alagaesia. But prequels and sequels are quite out of question.

According to sources from Random House, Inheritance has sold nearly 500k immediately upon its release. Now, that’s an awesome figure. But the book has got mixed responses from readers. Quite a few people are complaining with the ending and flaws in the plot.

Does the Paolini magic still works for you? You never know till you read the book. So check out inheritance. END_OF_DOCUMENT_TOKEN_TO_BE_REPLACED