Planet Stories was a popular SF magazine primarily aimed at young pulp readers. Total 71 issues of the magazine were published between 1939 and 1955. Some of the top science fiction writers of the time including Leigh Brackett, Philip K. Dick, Isaac Asimov, and Ray Bradbury wrote regularly for Planet Stories.

The content focussed on interplanetary adventures and sword & sorcery stories. Quite a few stories from Bradbury’s The Martian Chronicles were first published on Planet Stories. The “Letters to the Editor” column was called “The Vizigraph”. It was a pretty colourful page with interesting letters from readers as well as established writers like Robert Silverberg.

With a final issue in the summer of 1955, Planet Stories closed down due to serious recession in the pulp market.

END_OF_DOCUMENT_TOKEN_TO_BE_REPLACED 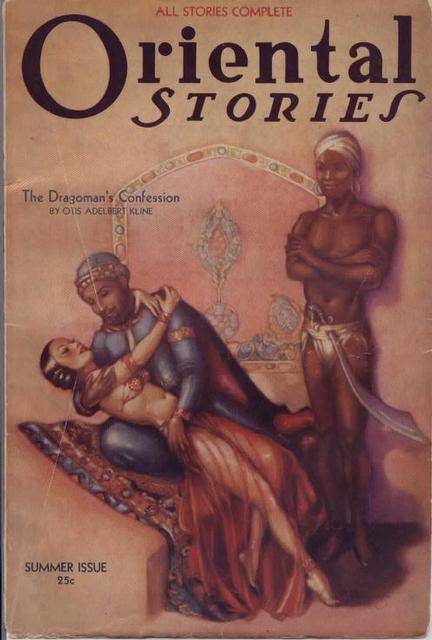 Did you know that the legendary Weird Tales had an offshoot called Oriental Stories/The Magic Carpet? Unlike Weird Tales, its companion magazine had a short run, but like its parent it reached a cult status among fans of pulp fiction.

The magazine was edited by Farnsworth Wright who was also in charge of Weird Tales. It was backed by the awesome writing force of WT, which included Clark Ashton Smith and Robert E. Howard. The main focus of the magazine, as the name suggests, was fantasy and adventure tales of the east.

Oriental Stories, right from the beginning, struggled financially. It started as a bi-monthly magazine in 1930, but monetary issues made its publication highly irregular. At one point, it was revamped and launched with a new name — The Magic Carpet. However, the sales figures were still dismal and finally it became defunct in 1934. There were total nine issues of Oriental Stories and five issues of The Magic Carpet. Facsimile reprints of the magazine (Wildside Press) are available from Amazon. 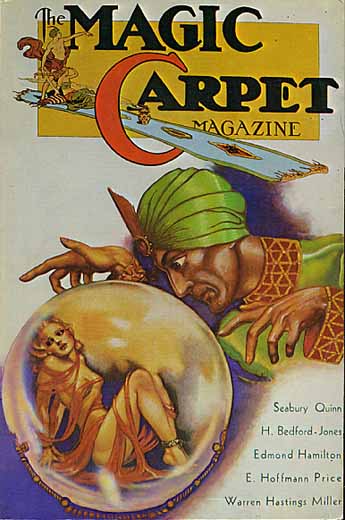 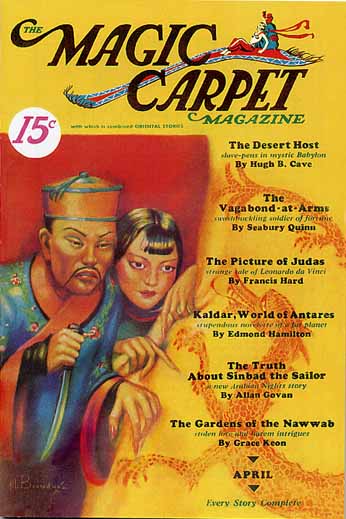 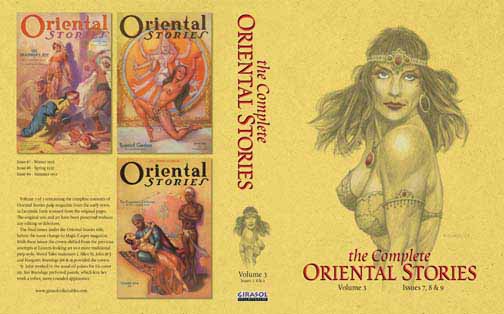 END_OF_DOCUMENT_TOKEN_TO_BE_REPLACED

If you like old spooky magazines like Weird Tales, then you’d definitely have a taste for Magazine of Horror. Nostalgic illustrations, priceless old advertisements, double column printing, and some fantastic horror staff makes it reader’s delight. They don’t bring out magazines like this anymore. What a pity.